is a State of Georgia Instrumentality Used to Maliciously Steal Heirs Property from Gullah/Geechee Descendants on SIG as Part of a Conspiracy and Racketeering Act by County, State, Federal Government, & Private Developers 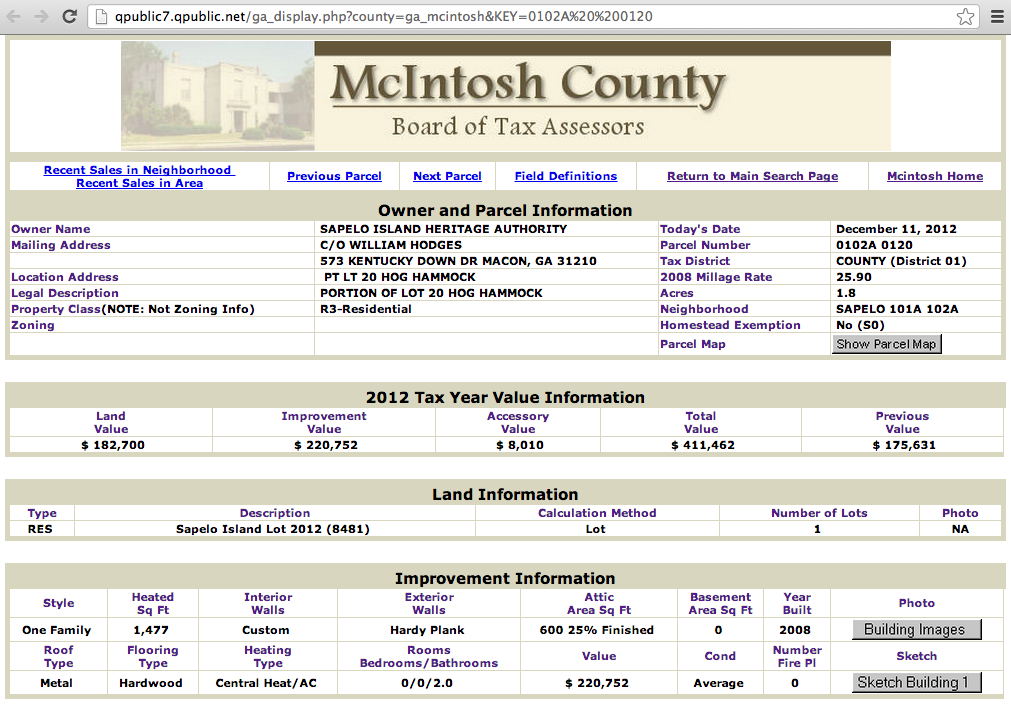 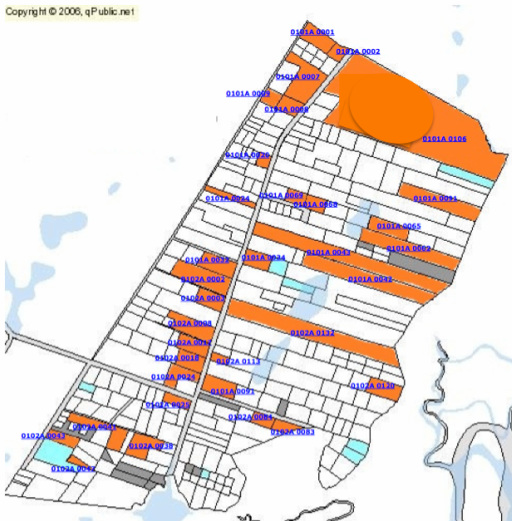 This part shall be known and may be cited as the "Sapelo Island Heritage Authority Act."

(a) It is found, determined, and declared that:

(1) There is an urgent public need to preserve important and endangered historical areas in Georgia for the benefit of present and future generations;

(2) Many historical areas, because of Georgia's rapid progress over the past decade, have been altered and their value as a part of our heritage lost, and the few such remaining areas are in danger of being irreparably altered;

(3) Black culture is an important component of the history of Georgia;

(4) The State of Georgia possesses a rich heritage of black culture in its architectural, historical, and archeological resources associated with the life and culture of black Georgians;

(6) This community is the last community of its kind in the State of Georgia;

(7) The Hog Hammock community and many of the buildings and structures located therein date back to the mid-nineteenth century;

(8) It is important to the citizens of the State of Georgia that this community, which reflects the past culture of this state, be preserved for the benefit of present and future generations;

(9) The best and most important use of this area of Greater Sapelo Island is for said community to remain, as it currently exists, a historic community, occupied by the direct descendants of the slaves of Thomas Spalding; and

(10) In order to further the preservation of the cultural and historic values of the said community, the establishment and performance of the Sapelo Island Heritage Authority under this part is in the best interest of all Georgians.

(b) In accordance with the findings, determinations, and declarations of subsection (a) of this Code section, it is declared that the creation of the Sapelo Island Heritage Authority and the carrying out of its corporate purposes are in all respects valid charitable and public purposes within the provisions of the Constitution of Georgia in that the preservation of the culture in this endangered historical area, as it currently exists, is important to present and future generations of Georgians.

As used in this part, the term:

(1) "Agency" means any agency, board, commission, or department within the executive branch of the state government of Georgia.

§ 12-3-443 - Creation; power to contract and sue; assignment to Department of Natural Resources

(a) There is created a body corporate and politic to be known as the Sapelo Island Heritage Authority, which shall be deemed to be an instrumentality of the state, a public corporation, and a public authority, and by that name, style, and title may contract and be contracted with, sue in all courts and be sued in the Superior Court of Fulton County, Georgia, as provided in Code Section 12-3-451 of this part. The authority shall have all the rights afforded the state by virtue of the Constitution of the United States and nothing in this part shall constitute a waiver of any such rights. The authority shall have perpetual existence.

(b) The authority shall not be deemed to be the State of Georgia or an agency thereof.

(c) The authority is assigned to the Department of Natural Resources for administrative purposes only.

(a) The authority shall be composed of five members as follows:

(2) The commissioner of natural resources;

(3) The executive director of the State Properties Commission;

(4) A resident of the community of Hog Hammock described in paragraph (5) of subsection (a) of Code Section 12-3-441 to be appointed by the Governor for a term of four years; and

(5) The Commissioner of Human Relations in the Office of the Governor; provided, however, that if a vacancy exists in such office for longer than 60 consecutive days, the Governor shall appoint instead a second resident of the community of Hog Hammock for a term of four years, after which the Commissioner of Human Relations, if such office is then occupied, shall become a member.

Vacancies in the appointed positions shall be filled for the remainder of the term by appointment of the Governor.

(b) The Governor shall be the chairperson of the authority, the commissioner of natural resources shall be its vice chairperson, and the executive director of the State Properties Commission shall be its secretary-treasurer.

(1) To have a seal and alter the same at its pleasure;

(2) To acquire, hold, and dispose of in its own name by purchase, gift, lease, or exchange, on such terms and conditions and in such manner and by such instrument as it may deem proper, real and personal property of every kind, character, and description, including tenancies in common, located both inside the Hog Hammock community and elsewhere on Greater Sapelo Island, McIntosh County, Georgia. Upon such acquisition by the authority, the said real and personal property shall become public property and shall be entitled to all the rights, privileges, and protection afforded like situated state owned or claimed property. The Governor is empowered and authorized, for and on behalf of the state, to convey to the authority, by deed, title to any real property owned or claimed by the state on Greater Sapelo Island. The authority may not acquire real or personal property by condemnation, eminent domain, but any real or personal property owned or claimed by the authority may be condemned, through the exercise of the power of eminent domain, by the State of Georgia, acting by and through its State Properties Commission;

(3) To procure insurance against any loss in connection with its property and other assets;

(4) To make contracts and to execute all instruments necessary or convenient, including leases and rental agreements, and other contracts with respect to the use of such real or personal property;

(5) To adopt, alter, or repeal its own bylaws, rules, and regulations governing the manner in which its business may be transacted and in which the power granted to it may be enjoyed, as the authority may deem necessary or expedient in facilitating its business;

(6) To receive, accept, and utilize gifts, grants, donations, or contributions of money, property, facilities, or services, with or without consideration, from any person, firm, corporation, foundation, or other entity, or from the State of Georgia or any agency, instrumentality, or political subdivision thereof, or from the United States, or any agency or instrumentality thereof;

(7) To act as agent for the United States, or any agency or instrumentality thereof, in any matter coming within the purposes or powers of the authority; and

(8) To do all things necessary or convenient to carry out the powers expressly given in this part.

§ 12-3-449 - Authority and property exempt from taxation, levy and sale, garnishment, and attachment

As the authority will be performing valuable charitable and public functions and purposes in the exercise of the powers conferred upon it, the authority shall be required to pay no taxes or assessments by the state or by any county, municipality, authority, or political subdivision of this state upon any of the real or personal property acquired by it, or upon its activities in the operation or maintenance of any facility maintained or acquired by it, or upon any fees, rentals, or other charges for the use of such property or facilities, or upon any other income received by the authority. The said property, facilities, fees, rentals, charges, and income of the authority is exempt from levy and sale, garnishment, and attachment.

The Attorney General shall provide legal services to the authority, and in connection therewith the provisions of Code Sections 45-15-13 through 45-15-16 and 45-15-36 shall be fully applicable.

Any action brought against the authority shall be brought in the Superior Court of Fulton County, Georgia, and such court shall have exclusive, original jurisdiction of such actions.

This part, being for the welfare of the state and its inhabitants, shall be liberally construed to effect the purposes of this part.

Click the link below to educate yourself about the Walker Family vs SIHA court case regarding land theft.