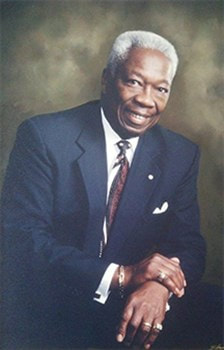 My most compelling memory of Charles Hall is the of a benevolent and kind gentleman, large in stature, larger in his commitment, but gentle in his soul -- a man who enjoyed life.

I first met Charles Hall at the Avery Research Center in Charleston, when the Gullah Geechee Cultural Heritage Corridor Commission was announced to the public. Among the dignitaries present was James Clyburn, the author of the legislation creating the Commission. As we assembled for the official photograph, there was some jostling and I first noticed Charles -- courteous, friendly and selfless. He was not seeking a place where he could be easily seen, he was seeking to be part of a newly-formed community. I liked his sense of self.

Soon we began to work together as the Commission organized itself. As the convener, I asked Charles to form and lead a nominating committee. My sense that he would be a good servant of the Commission and I was right. He was considerate, thoughtful and thorough. In some of our telephone conversations, I wished he would be more assertive but he was deliberate in his consideration of every individual. He would take his time to "get it right." He knew that our mission in support of Gullah Geechee culture was a sacred trust and his role was one of the most important in our planning.

During one of our conversations, we were both pleased to learn we were identical in age but when we compared birth dates, we learned he was born one day before me. Subsequently, when we had differences of opinions, he always made it plain he was the senior by one day and, even if it had only been one minute, he made sure I understood and yielded to his seniority.

I particularly loved being with Charles when we were dining in various communities. He did more than eat his meal, Charles loved his cuisine. He would joke about his choices, his portions, in a somber and serious way, but his eyes were filled with smiles that told us he was having a good time. His smiling eyes were very revealing for they were the windows to his incredibly sensitive soul.

Like the oak trees in our communities, Charles stood tall and he was a steadfast source of strength. In every storm, in every challenge, and in every success he was a gentle giant, and his smiling eyes told us how much joy he found in his service.
​
We honor and celebrate his journey, we honor and celebrate his life. We will miss him, but we are ever so grateful and thankful that he walked the path with us.

In love and gratitude,