Welcome and ​Thank You for Visiting

Sapelo Island, Georgia (SIG) is the fourth largest barrier island on the Georgia coast.  In the early 1800s, starting with plantation owner Thomas Spaulding, West Africans, experts in rice cultivation as well as their ability to withstand malaria and yellow fever, were enslaved, primarily from what is now known as Sierra Leone.  They were forced to work the plantations on Sapelo.  These enslaved West Africans embraced the conditions of the land, and nurtured the growth and survival of their families by connecting their strength and resilience to the land itself. Additionally, the spirit of their relationship with nature framed their existence as indigenous. The land -- and everything that the land produced -- became an expression known as “the indigenous culture of the Gullah Geechee people on Sapelo Island.” 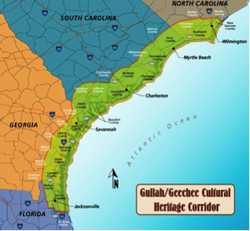 Gullah Geechee culture is an important thread of our American fabric. So much so that in 2006, the U.S. Congress designated the Gullah Geechee Cultural Heritage Corridor -- which extends from Wilmington, NC in the North to St. Augustine, FL in the South. It is home to one of America's most unique cultures, a tradition first shaped by captive Africans that were enslaved and brought to the southern United States from West Africa and continued their traditions in later generations by their descendants. 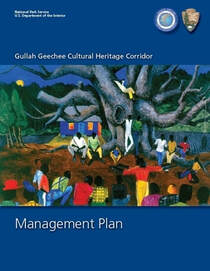 “The Gullah Geechee culture is the last vestige of fusion of African and European  languages and traditions brought to these coastal areas. I cannot sit idly by and watch an entire culture disappear that represents my heritage and the heritage of those who look like me. Stories and traditions of this fusion of African and European cultures brought long ago to these shores have been slipping away along with the marsh and sand that are disappearing because of the encroachment of developments and the pressures to assimilate into the 'modern' world.”

In response, Gullah Geechee Culture Initiative was launched by stakeholders of Sapelo Island.

Land Speculators have been mapping Sapelo Island since the 1700s. 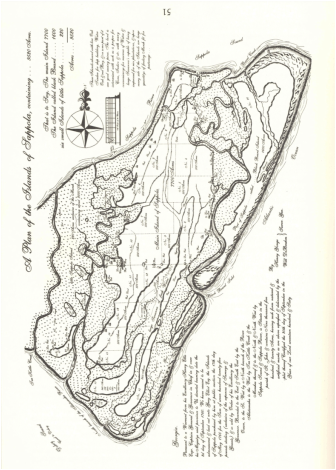 “Few places on the American eastern seaboard better exemplify the economic and societal utilization of a local ecosystem by human populations than the tidewater sections of the Carolinas and Georgia.  For four centuries Euro-and Afro-centric cultures have resourcefully adapted to the conditions of their particular environmental circumstances - salt marsh ecosystem, alluvial soils, meteorological and hydrological considerations - to effectuate the enhancement of lifestyles and lifeways.”
Occasional Papers of Sapelo Island NERR, Vol. 1, 2008    ​